Skip to the beginning of the images gallery
Sale 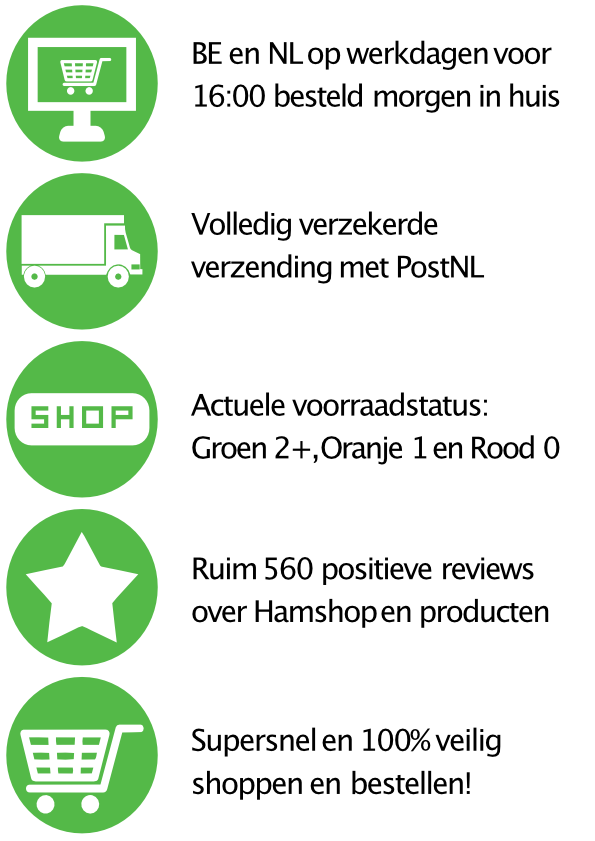 Related Products
Check items to add to the cart or
Informatie

Time was, 100 watts was a lot of power. Today, more and more mid-sized amps with 500 watts output are becoming popular. The LDG AT-600ProII is designed for this new generation of power levels.

The AT-600ProII will handle up to 600 watts SSB and CW and 300 on RTTY (1.8 – 30 MHz) and 250 watts on 54 MHz. It features LDG’s state-of-the-art, processor-controlled Switched-L tuner. It will match virtually any kind of coax-fed antenna, including Yagis, dipoles, inverted Vs, slopers, loops, just about anything. It will typically match a 10:1 SWR down to 1.5:1 in just a few seconds. You can also use the AT-600ProII with longwires, random wires and antennas fed with ladder line just by adding a balun.

The AT-600ProII features two antenna ports with a front-panel indicator showing which is in use, and separate memory banks for each antenna. The optional M-600 4.5" analog meter shows FWD (100 and 600W scales), REV, or SWR in Peak or Average. Easy to read LED bar-graph meters showing RF power, SWR and tuner status, tactile feedback control buttons and an LED bypass indicator complete the user interface. Any power source from 11 – 16 volts DC can be used; the AT-600ProII only draws up to 750mA.

Reviews 1
Write Your Own Review